Emo style is a wide definition that has many different interpretations. But most of researchers agree emo style is a teenage version of gothic subculture, so the emo fonts look accordingly.

It means a somewhat fun and playful impression they create, but also a very graphic shape and a rather dark atmosphere about them. Here are the most popular emo fonts chosen frequently by the bloggers.

Rise up is a good example of revolutionary font for youth that is also associated with the rock style. The S letter has a shape of the lightening very popular among the rock music lovers.

The Quiet Scream repeats this trick using the lightening zigzag for the I letter. The typeface isn’t scary like the Gothic font family, but it’s cool and stylish like only emo letters could be.

With such a title perfect for Halloween, this emo font is very close to Gothic. But it is obviously created for teens, being awesome and cartoon-styled at the same time. The letters ends are arrow-shaped. 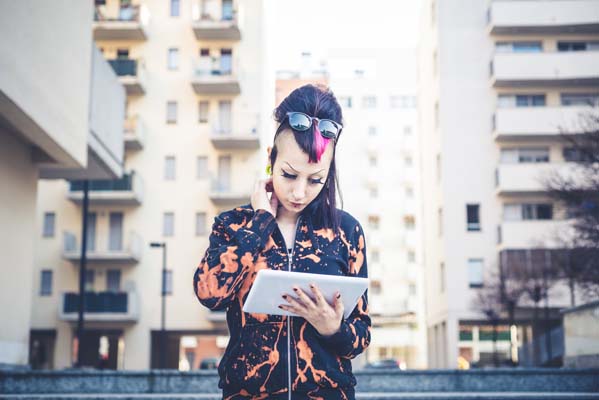 Trashed font reminds to us how the emo style can actually be recognized. If you imagine well some cool font on the teenagers’ T-shirts and jackets, then it’s most probably the emo font.

It looks printed or rather stamped, with the imitation of uncomplete/pale stamps. The more unique and artistic alternative of Trashed is the Undecapped Vinyl decorated with extra elements.

It’s one of many emo fonts that are fun and creative yet lightly gothic. This effect is reached thanks to amusing and witchy shapes of the spiders or black smudges decorating each letter.

Even the title of this font reminds the teenage slang so it’s completely stylish and refreshing. It’s easy to imagine it being used in the cool blog heading.

12 thoughts on “Emo fonts: Top ways to recognize them and use most effectively”