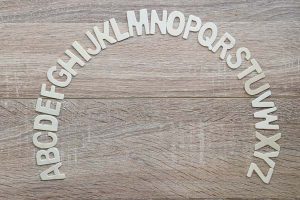 Just a few years ago, we didn’t care much about changing the fonts on our smartphones and were happy with what we had. But now, it’s another ultra-modern feature we don’t want to miss.

Why would we need to spend time on the app downloading and extra settings? Are there particular advantages that would be enjoyable and helpful for us if we change the fonts?

It really develops one’s sense of style and aesthetic skills. It isn’t difficult to find a beautiful background or skin for your messenger, but choosing the right font for it is an art.

It is already noticed that youngsters who use various and imaginative fonts on their iPhones and iPads, eventually grow interested in design, photography, painting, and other kinds of art.

It makes no sense to chat with very special people, on very particular topics without accompanying that with correct arrangements. Everything counts, and the font too.

Dance teachers confess they use funny childish fonts in their group chats with discussions, while doctors keep it all classical and neutral. There are many similar examples.

There are some unexpected reasons to change the fonts, too. It’s well-known that elderly people need bigger fonts on their devices because their vision is getting weaker.

Some teenagers who live with grandparents, set up very curly or very small fonts on their iPhones to not let the oldies recognize the meaning. That’s smart, can you say!

This trick works especially well when combined with a bunch of enigmatic emoji the old people aren’t aware of. All together, it helps texting and sexting without any fears.

4. Cheering up when depressed

All methods are good when the melancholy is getting too strong. There was a popular advice before, changing the desktop icons. Well, now the fonts and skins can be changed instead.

Messengers are our salvation when we want to escape from our loneliness, so it’s only logical to use them for relieving the stress in all possible ways. Bright and trendy fonts do serve this need.

5. The best tool for writers

Young designers aren’t the only creative people who use changing fonts for their inspiration. It comes as a surprise, that writers often use the same feature to get motivated.

There’s nothing more enlightening and imaginative than framing one’s text nicely and typing it with the most beautiful fonts, the writers claim. The gothic font can be used for historical drama.

6. Fonts as a memory refresher

Men who like to pickup women, often forget where they met this or that person. It’s impossible to hide all the information within a brief contact name, so other ways help too.

One man confessed he is using cute handwriting fonts for messaging young girls, bold fonts for mature women, pale fonts for those who disappointed them in a bed, and so on.

Some people want just everything to be in order, and it’s completely normal. For them, each little detail should match. They really feel better when adjusting their font style.

Particularly, folks with very nervous professions reported they calmed themselves down a lot by choosing the most relaxing wallpapers and nice cursive fonts of light colours.

Psychologists claim there is even more than that, in phone features like fonts. Each user can identify himself with a certain social group with its help. Graffiti font is a good example.

Modern fonts are called to take this need into account and include as many variations as possible. Ethnic fonts are often used by minority groups to feel more connected to their roots.

Some fonts may look like the eye-cracker. Complicated decorative fonts seem to only add to the tiredness of our eyes. Surprisingly, others are created for improving our vision.

These healing kinds of fonts can be found only in the newest font apps, and were primarily developed for children with weakened vision. Today, they are helping to all of us.

Some applications offer 800+ different fonts, but there is always something new to create. Developers claim to use the most modern font apps in order to find the flaws and improve them.

New applications keep on being launched with new fonts we have never seen before, and it’s a good thing. We probably have to thank developers who installed the old apps and found the bugs.

17 thoughts on “10 reasons to change your fonts right now”