The Runic font will just never lose its popularity, due to a big number of fantasy genre fans and themed video games. It is also called Elvish font, Viking Alphabet font, and similar names.

The esoteric lovers and practicers are also active users of Rune letters on generators and keyboards online. They do design their sites, blogs, and social network pages with these ethnic fonts.

There are many kinds of fonts named after the Hobbit characters, such as Bilbo Hand, Elvish Ring, and so on. They are greatly used by the gamers and cosplay lovers in their personal blogs.

Tolkien fonts also have a big commercial potential, with the possibility to advertise the themed jewelry and items. For instance, those super popular Elvish earrings that make the ear look longer. 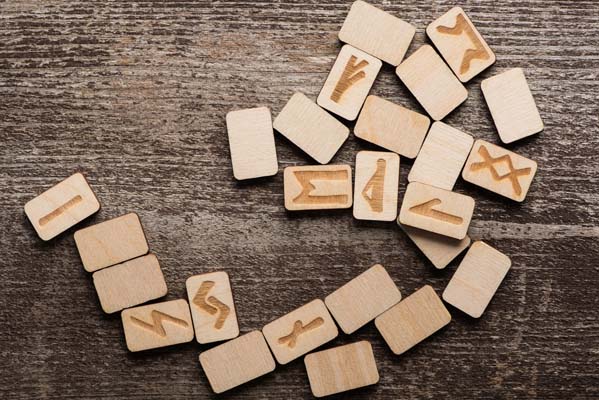 The ancient origin of the runes is Scandinavian and German. It’s no surprise many rune typefaces are called Nordic or Viking. They look ethnic and retro-styled yet strict and mysterious enough.

Accordingly, such cool fonts are often used by historic and esoteric bloggers, avid travelers, researchers of Scandinavian culture. There are many alternatives on how such fonts can look visually.

The specific trait of modern Runic and Fantasy typefaces is that they look extremely stylish and designable. Those are rather cool fonts which can be used with the decorative or artistic purposes.

For example, Mara’s Eye is super ethnic and trendy, would go great with the 3D animation or T-shirt patterns. While Skyrim Daedra could be the best solution for tattoo texts and other artworks.

Of course, the ancient Runes were all hand-written. Some developers are using this fact for creating the more realistic shape of their fonts, making them look like ethnic hieroglyphs.

« The history and modern purposes: where to use the Italic font
Top use of the Western style font and profitable consequences »